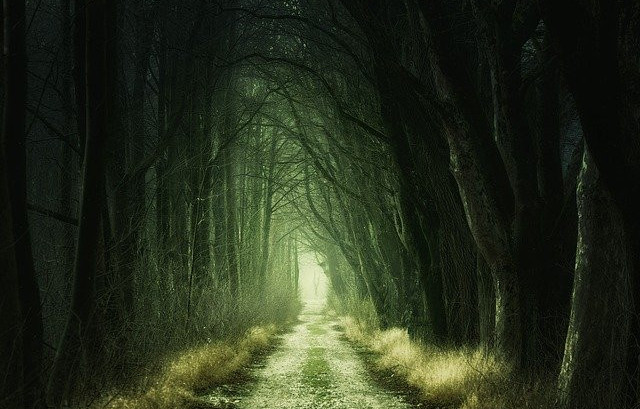 No camping experience is complete without the telling of your favorite scary campfire stories. I recently went on a little camping trip with my 6-year-old daughter and her best friend and family. On the second night of camping, the bonfire was raging, and the marshmallows had already been depleted. It was time!

Time for scary campfire stories that would have me regretting telling them as our little ones came running in because they had a hard time sleeping. Truth be told, I had to go online to find some good ones to tell. To save you some time, I’ll compile a few of them here.

These can be used for camping, glamping, or wherever there is a fire burning, and the night is creeping in. Kids love scary stories even when they say they don’t, so without further ado, let the scaring begin. 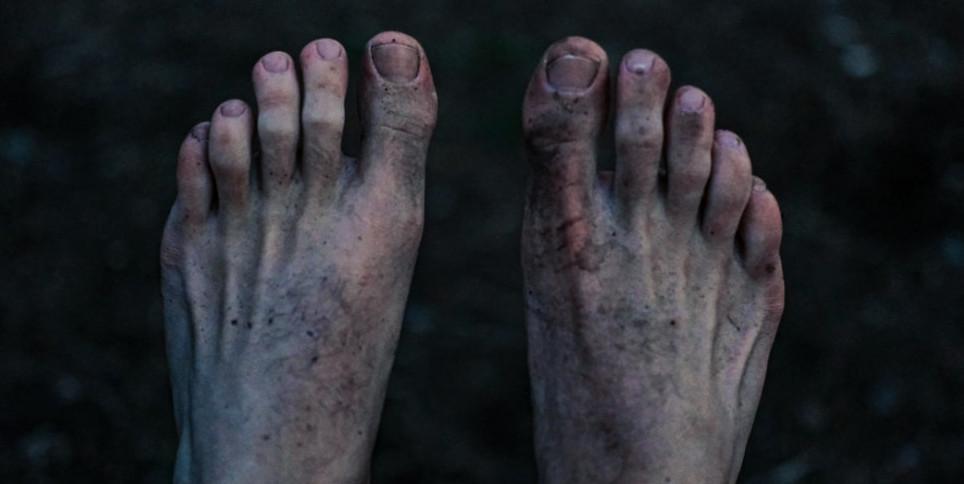 Retold by S.E. Schlosser in the book Spooky Maryland

(When you tell this one, make sure to use the right inflection when you read out the “hairy toe” line! I had one little girl say she felt like throwing up when I told this story.)

Once there was an old woman who went out in the woods to dig up some roots to cook for dinner. She spotted something funny sticking out of the leaves and dug around until she uncovered a great big hairy toe. There was some good meat on that toe which would make a real tasty dinner, so the old woman put it in her basket and took it home.

When she got back to her cottage, the old woman boiled up a kettle-full of hairy toe soup, which she ate for dinner that night. It was the best meal she’d had in weeks! Mmm-mmm. The old woman went to bed that night with a full stomach and a big smile.

Along about midnight, a cold wind started blowing in the tops of the trees around the old woman’s house. A large black cloud crept over the moon, and from the woods, a hollow voice rumbled: “Hairy toe! Hairy toe! I want my hairy toe!” Inside the house, the old woman stirred uneasily in her bed, and nervously pulled the covers up over her ears.

From the woods, there came a stomp-stomp-stomping noise as the wind whistled through the treetops. In the clearing at the edge of the forest, a hollow voice said: “Hairy toe! Hairy toe! I want my hairy toe!” Inside the house, the old woman shuddered and turned over in her sleep.

A stomp, stomp, stomping sound came from the garden path outside the cottage. The night creatures shivered in their burrows as a hollow voice howled: “Hairy toe! Hairy toe! I want my hairy toe!” Inside the house, the old woman snapped awake. She shook with fright as she listened to the angry voice howling in her garden. Jumping out of bed, she ran to the door and stuck a chair under the doorknob and Slid the deadbolt closed and hooked the chain on the door. Once the cottage was secure, she lay back down to sleep.

Suddenly, the front door of the cottage burst open with a bang, wood splintering from the frame and the chain snapping as if it were made of paper. There came the stomp, stomp, stomping noise of giant feet walking up the stairs. Peeping out from under the covers, the old woman saw a massive figure filling her doorway. It said: “Hairy toe! Hairy toe! I want my hairy toe!”

The old woman sat bolt upright in terror and shouted: “I ATE your hairy toe!”

“Yes, you did,” the giant figure said very gently as it advanced into the room.

No one living in the region ever saw the old woman again. The only clue to her disappearance was a giant footprint a neighbor found pressed deep into the loose soil of the meadow beside the house. The footprint was missing the left big toe.

Long ago, a young man met and fell in love with a beautiful young woman. She was always dressed exquisitely, and she always wore a black ribbon
around her neck. Soon the man and the woman were married and moved into a little cottage by the sea. They started out very happily, but
soon the young man became more and more curious as to why his wife wore a ribbon around her neck all the time.

One day he decided to ask her. The only answer he received was that he would be sorry if she took it off, so she would not take it off. The young man was not happy with his wife’s answer. Time passed, and eventually, all he could think about was that black ribbon. That black ribbon began to become an obsession with him.

One day, he awoke before his wife, went into her sewing box and got a pair of scissors, and cut off the ribbon that was around her neck.
His wife woke up with a start. Her head fell off and rolled onto the floor while screaming, “I told you you’d be sorry!”.

The Girl at the Bus Stop

John was driving home late one night when he saw a young lady waiting by a bus stop. He stopped his car and told her that he didn’t think the
buses were running that late at night and offered to give her a ride. The fall night air was getting chilly, so he took off his jacket and gave it to her. John found out that the girl’s name was Mary and she was going to her home.

After an hour’s drive, they arrived at her home, and he let her off by the front door. John said good night and then went home himself. The next day John remembered that Mary still had his jacket. He drove to her house and knocked on the door. An old woman answered. John told her about the ride he had given her daughter, Mary, and told her that he had come to get back the jacket he had lent her. The old woman looked very confused.

John then noticed a picture of Mary on the fireplace mantel. He pointed to it and told the old woman that it was a picture of the girl to which he
had given a ride. With her voice shaking, the old woman told John that her daughter had been dead for many years and was buried in a cemetery that was about an hour’s drive away near a bus stop. John went to the cemetery. He saw his jacket folded neatly on top of a grave. The name on the tombstone was Mary. 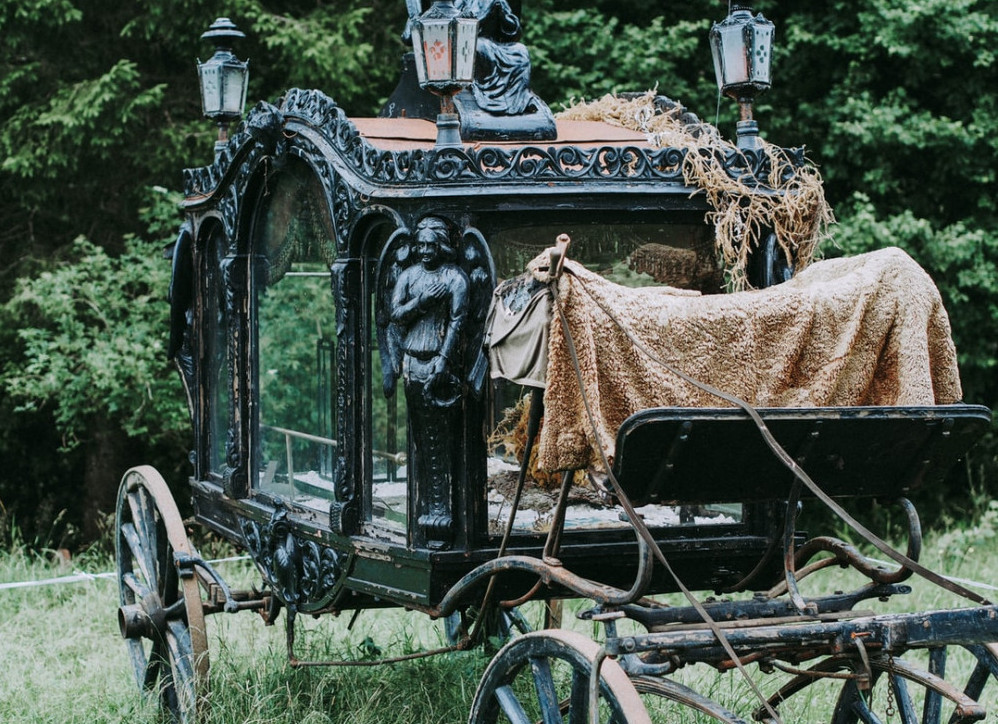 Herman
was spending the night with some friends who lived in the country. He went to bed late and did not sleep well. Off in the distance, he thought he heard the sound of a horse-drawn carriage. He got up, went to the window, and looked out. There, in the full moon, he saw the carriage he had heard right outside the house. The carriage looked like it was carrying a coffin. The driver of the carriage looked up at the window where Herman stood. The driver’s face was ghostly pale and very thin. “All aboard,” the driver said to Herman.

Herman stepped back from the window and laid back down on the bed. He eventually fell back into a fitful sleep. The next morning, he told his friends about the carriage and driver, and they all decided that he just must have had a very bad dream. Later that day, Herman went back home to his apartment in the city. Just as he started to board the elevator, he looked at the elevator operator.

He saw the same pale, thin face that had belonged to the carriage driver. The elevator operator looked at Herman and said “All aboard”. Herman stepped back from the elevator and stood as if in a trance until a few moments later. He was startled by a loud crash. The elevator cable had broken, and the elevator had plummeted down, killing everyone on board. A later investigation discovered that the elevator operator had been a temporary employee and hired only for that one day.

These were just a few of the tales I told around the campfire the last time we went camping. Do you have any favorite stories? What is your scariest? Silliest? Easiest to remember? Leave a comment below and let us know what stories you have from your camping adventures.

Here’s hoping that your campfires are warm enough to take away the chill that creeps down your spine from your stories. I also hope that you can scare your young ones but not too much that they can’t sleep.